I managed to acquire quite a few dive-related photos and slides over my career in the dive business. I am finally getting down to the task of scanning them and creating digital images to display on Divespecialist. This will be a work in progress for some time to come as many hundreds of images are involved and many are in need of repair.

Topside photos were also mostly taken with a Nikonis although some were taken with a Yashica 35mm SLR. There are also a few Instamatic and even Polaroid photos to be found as well.

These photos are offered here for entertainment, nostalgia, and perhaps even some minor historical interest. Some may be of interest to former students and divers of Blue Water Scuba in Hollywood or Dania Florida and even former students of Underwater Unlimited, Ft. Lauderdale Scuba Academy, and The Diving Locker. Other photos go back even further in time.

There are no digital camera images on this site. All the photos are scanned 35mm film or slides. My apologies for the poor quality of some photos in particular but many of the negatives have been lost over the years and these are the only remaining copies.

I would often clip my Nikonis onto my dive gear and take spontaneous action photos when photography wasn't really practical. So there are a lot of available light shots taken without the benefit of a light meter that are not great examples of underwater photography but may be of interest anyway. There are also photos taken in poor vis and other undesirable conditions that other photographers might be reluctant to display. Not on Divespecialist! We have your nitty, gritty, dive photos - the good, the bad, and sometimes even the ugly. If you want spontaneous spearfishing shots, don't expect photo ops in nice clear, calm water with a pretty background. Some of the computer enhanced underwater photos seen on the internet are very colorful indeed - but it doesn't really look like that down there. Our photo galleries will show you what a diver actually sees and not what a computer can create.

While the 1950's and 60's were admittedly the glory days of diving, the 70's and 80's could be seen as the heydays of diving here in the US. The equipment was starting to become sophisticated enough for us to dive longer and deeper, but not necessarily safer, and the realm of scuba still belonged to a specialized tribe of aquatically inclined people who were skilled and wise in the ways of the open water environment.

Within these galleries you will find boats, beaches, marine life, shipwrecks, divers, some colorful characters, and hopefully a sense of the adventure and camaraderie we all shared back then! 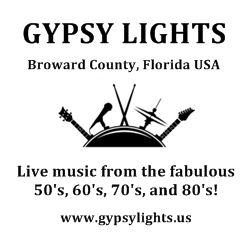